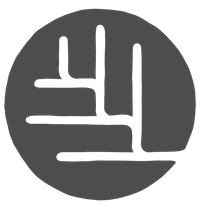 Fibershed is a non-profit organization that develops regional fiber systems that build ecosystem and community health. Our work expands opportunities to implement climate benefitting agriculture, rebuild regional manufacturing, and connect end-users to the source of our fiber through education. We transform the economic systems behind the production of material culture to mitigate climate change, improve health, and contribute to racial and economic equity.

We envision a textile system that embraces the values of de-colonized and equitable soil-to-skin processes. We will strengthen an international system of diverse textile communities that directly enhance regional economies for the purpose of generating permanent and lasting systems of localized fiber production. These regional land regenerating production systems will diminish pressure on the ecologically undermined areas of the world.

We see a nourishing tradition emerging that connects the wearer to local fields where clothes are grown in a system that can last for countless generations into the future. Through a host of scientifically vetted soil carbon enhancing practices, our supply chains will create ‘climate beneficial’ clothing that will become the new standard. We envision a world looking to rapidly mitigate the effects of climate change where consumers, manufacturers, designers, and ecologists collectively rethink and reimagine the lifecycle of garments. We work across three program areas to cultivate Regional Textile Economies, expand Climate Beneficial Agriculture, and empower Education & Advocacy. Rooted in our Northern California Fibershed homebase, we foster Fibershed community around the world — here is a snapshot of our impact:

A new “farm-to-closet” vision for the clothes we wear, by Rebecca Burgess with Courtney White

Request Fibershed at your local book seller, or find it online at these and other sources:

There is a major disconnect between what we wear and our knowledge of its impact on land, air, water, labor, and human health. Even those who value access to safe, local, nutritious food have largely overlooked the production of fiber, dyes, and the chemistry that forms the backbone of modern textile production. While humans are 100 percent reliant on their second skin, it’s common to think little about the biological and human cultural context from which our clothing derives.

Almost a decade ago, weaver and natural dyer Rebecca Burgess developed a project focused on wearing clothing made from fiber grown, woven, and sewn within her bioregion of North Central California. As she began to network with ranchers, farmers, and artisans, she discovered that even in her home community there was ample raw material being grown to support a new regional textile economy with deep roots in climate change prevention and soil restoration. A vision for the future came into focus, combining right livelihoods and a textile system based on economic justice and soil carbon enhancing practices. Burgess saw that we could create viable supply chains of clothing that could become the new standard in a world looking to solve the climate crisis.

In Fibershed readers will learn how natural plant dyes and fibers such as wool, cotton, hemp, and flax can be grown and processed as part of a scalable, restorative agricultural system. They will also learn about milling and other technical systems needed to make regional textile production possible. Fibershed is a resource for fiber farmers, ranchers, contract grazers, weavers, knitters, slow-fashion entrepreneurs, soil activists, and conscious consumers who want to join or create their own fibershed and topple outdated and toxic systems of exploitation